A Message for Davos – Waste Not, Want Not 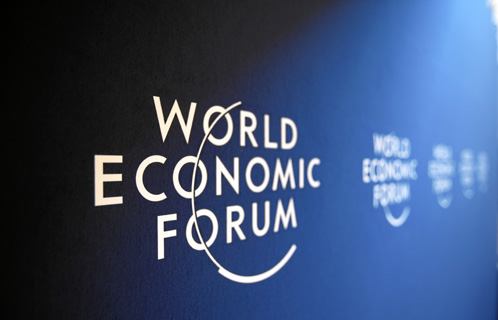 Not far from where I live in Bahrain, down a quiet residential side street populated with apartment blocks and villas, sits an uncompleted building. It’s been there for as long as I have. No walls, just rectangular concrete pillars with steel reinforcement rods sticking out of the top like radio antennae. It’s been raining recently, so pools of water lie stagnating among the foundations. Broken planks of wood and other debris are strewn around the site.

It’s not clear what the building was intended to be. And now we’ll probably never know, because it’s unlikely ever to be completed. Unprotected concrete starts deteriorating. Steel rods rust. So even if the owners found the money to finish the project, they would be hard pressed to find a civil engineer who would advise them to do so.

This would have been a small building. Across the Gulf there are huge projects – tower blocks waiting to become swishy apartments or modern offices – in a similar state. Testaments to ambition and greed on the part of property developers and investors who didn’t see what was coming in 2008. With many of these rotting buildings, the only way forward will be to tear them down and start again. Or leave them standing, like decaying teeth.

As the developers go bankrupt and liquidators inherit the mess, the chances are that nobody will know what state the buildings are in. Plans get lost, and records detailing exactly what work has been completed are hard to find. So even if the projects could be resurrected, the new developers would have the devil of the job establishing a clearly documented starting point.

Doug Langmead, an Australian architect who has been in the Middle East for 30 years, reckons that the wasted investment in stalled projects in Dubai alone exceeds $4 billion. His Bahrain-based company, Langmead Associates, has an innovative technique for preserving these buildings for future developers. He takes measures to protect them from the elements Then he carries out a detailed audit on the state of the building to ensure that the developer knows precisely what needs to be done to finish it, how long it will take and how much it will cost. Doug wrote a recent article for Construction Weekly explaining the concept.

Yet uptake is slow. As Doug observes:

“As a rule of thumb, every year that a building stands incomplete shortens its life by eighteen months. Therefore if a building project stalls for 5 years, and you have designed the building to last for 50 years, you end up with useful life of 37.5 years. This seriously impacts your return on investment.

The problem is that when developers run out of money and therefore can’t complete the buildings, they throw up their hands and walk away. Preserving the project is the last thing on their minds. Often new developers who take over the sites prefer to start again.

The original investors end up losing all the money they put into the construction, and possibly the land as well, because the land is sold to pay back the banks and the other preferred creditors.”

One would hope that governments and private investors in the UAE and other GCC countries will have learned some lessons from the events of 2008-9. Protecting investors, especially individuals who have paid deposits for apartments they will never live in, should be high on the agenda.

One measure that could make a difference would be to require all developers to place a percentage of the anticipated development cost in an escrow account to be released when the building is completed. If the project comes to a halt for more than a year, money from that account is used to mothball the building so that in years to come it remains feasible to re-start the project. That way, investors have a reasonable chance of recovering a portion of what they put into the project in the first place.

Waste – of resources, of public money and private investments – is never pretty. As I write this, armies of metal cutters are busily chopping up six billion dollars’ worth of new aircraft thanks to the cancellation of the Nimrod aerial surveillance programme in the UK. As Britain seeks to balance its books, the government thinks it’s cheaper to scrap the aircraft than to continue the programme.

Another consequence of the economic downturn. Taxpayers’ money that could have been spent on new hospitals, refurbished schools, medical research or improved public transport – down the drain.

At the same time, deliberations have been going on about the future of London’s Olympic Stadium – a building that cost over $600 million. It will be used for 17 days in 2012 before being wholly or partly torn down.  Contrast this with one step in the right direction in the Middle East – Qatar’s plan to build stadia for the 2022 World Cup that can be dismantled and re-erected in poorer countries that can’t afford new stadia of their own.

Rotting tower blocks, chunks of mangled high technology and buildings with the lifespan of a butterfly are but three examples of a phenomenon that receives less attention than other pressing problems of the day – waste. Of money, time, effort, mineral resources, energy and food.

When the world’s movers and shakers gather in Davos for next year’s World Economic Forum, I suggest that eliminating waste should move closer to the top of the agenda.