A Call to the GCC: ‘Together You Can Save Yemen’ 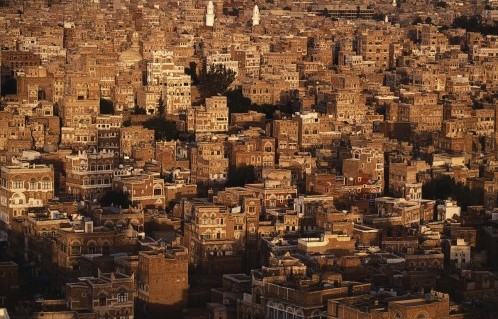 After Yemen’s president, Ali Abdullah Saleh’s offer of a dignified exit later this year was rebuffed by protesters this week it is important to avoid a Libyan scenario there. Fortunately, Saleh isn’t Gaddafi.

He is bound to accept an attractive offer to resign and leave the country. It is in this light that his request for Saudi mediation should be viewed. Saudi’s foreign ministry have made it clear that this isn’t Saudi intervention but rather a GCC-wide mediation. This makes a lot of sense.

Considered the poorest country in the Middle East (48.8 per cent of the population lives below the poverty line) and the only country in the region with the Shiite Al Houthi rebellion in the north, disenfranchised separatists in the south and the most active Al Qaida branch, Yemen is a complex country whose embattled president walks an ever thinning line.

All of this should persuade the Gulf to secure more than just Saleh’s departure. The GCC states should initiate a political, economic and administrative rehabilitation plan for Yemen; the case for this is both strong and varied.

Yemen is the only country that hosts an Al Qaida operation that poses a clear and present danger; a political vacuum could lead to further faltering in Yemen’s dismal record so far at counterterrorism. The Shiite Al Houthi rebels would be able to build overt relationships with Iran, which would become a main power broker in a post-Saleh Yemen.

Participating in Yemen’s redevelopment at this crucial point in its modern history would usher a new era in the GCC-Yemeni relationship, which has struggled since Saleh supported Saddam’s invasion of Iraq.

With a GDP per capita of just over $1,100 (Dh4,037) and unemployment at 40 per cent, there’s a lot of room for growth, job creation and improved management. This could materialise through a coordinated effort into supporting and investing into Yemen’s under utilised industries and incubating new ones. So Aramco could provide expertise into a better utilisation of Yemen’s oil reserves and exploration of new ones, while Qatar Gas do the same with Yemen’s LNG.

Equally, Dubai Ports World (DPW), which already manages the Aden Container Terminal and the Ma’alla Container Terminal, together with Economic Freezones World (Jafza) could manage and expand the strategically vital yet under utilised Bab Al Mandab strait while a GCC joint military command would dispatch a naval presence in the Gulf of Aden to ensure safe passage from Somali pirates.

With competitive labour rates and proximity to maritime export routes, Yemen is an attractive destination for various industrial projects. Real estate developers and hospitality groups such as the likes of Emaar, Jumeirah and Emirates airline could establish successful developments utilising its unique topography that would cater to Yemen’s increasing tourist numbers.

This, coupled with retraining security forces by GCC police forces — where many Yemeni are actually employed — to improve safety measures would redefine the level of contribution of the tourism industry to Yemen.

Bahrain’s expertise administering a financial hub would prove invaluable in improving the Yemeni banking sector’s so dismal performance and assist it in launching a stock exchange and the redrafting of necessary legislation.

Saudi financial institutions with reputation and experience with Yemeni expatriates such as Al Rajhi Bank could provide much-needed services for international and local clients.

On the electoral front, Kuwait’s parliamentary experience could prove closer to home than various international groups yet neutral enough.

With the literacy rate in Yemen at 61 per cent compared in 86 per cent and 87 per cent in its two neighbours Saudi and Oman, respectively, there is much work to be done there and Bahrain and Kuwait’s distinguished record in elementary, secondary and high school could prove invaluable to the Yemeni education system. Some of Saudi’s sector focused universities such as the King Fahd University of Petroleum and Minerals and Qatar’s education city partners would be helpful in improving the state of undergraduate education in Yemen.

Finally, much work can be done in improving health care services in Yemen where most recent data shows that it has 0.6 bed per 1,000 persons and three doctors per 10,000 people and under-5 mortality rates per 1,000 are 69 compared to the global average of 65.

Yemen never fully recovered from the expulsion of nearly one million Yemenis from the Gulf following Saleh’s decision to support Saddam’s invasion of Kuwait. A comprehensive proactive GCC Marshall Plan for Yemen will open a new era of mutually beneficial — and crucial — relations. In recognition of these historic, if at times strained, relations, 25 years ago, the late Shaikh Zayed Bin Sultan Al Nahyan financed the construction of a new dam just three kilometres from the historical Marib dam. Today, Yemen needs much more than a dam and it will take the GCC’s combined intellectual, financial and diplomatic resources to address those needs.

The GCC effort in Yemen must be driven by a recognition of its regional responsibility, the pursuit of security to its southern borders and the fostering of long-term economic and political cooperation with Yemen. Failure to do so or the mere faltering in the continued commitment to Yemen’s development and stability will prove to be detrimental to the GCC’s own development plans.

This article was first published in UAE newspaper, Gulf News.