‘Kneel at the Altar of Productivity’. Or Perhaps Don’t. 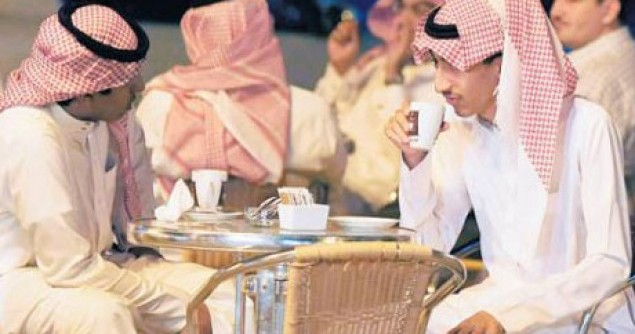 The Western world kneels at the altar of productivity. From the evidence of a recent conference in which I was a speaker, business people within the Gulf States and Saudi Arabia are pretty keen on it too.

At the 3rd Annual GCC Productivity and Leadership Conference in Bahrain this week, US productivity expert Laura Stack provided some useful ideas on improving productivity by focusing on execution.

It was a message that seemed to go down well with the attendees, as well it might. My experience of business in the Middle East is that there is no shortage of bright ideas. The problems lie in making them happen.

In the panel discussion at the end of the conference, I made a suggestion to the effect that if anyone was looking for a good subject for a PhD thesis, they should look at the trade-off between the economic benefits of fully implementing Western concepts of productivity within the region and the potential for negative social consequences.

As Laura rightly pointed out, getting people to work more productively does not automatically mean that you need less people to do the same work. Ideally, it should mean that the people you have will achieve more.

But if you have far more people than are needed to do the work that needs to be done, for an organisation that wants to cut costs or improve profit, staff reductions are a lower-hanging fruit than dreaming up new ways of putting your people to good use. And retraining unproductive staff may quite possibly cost you money before your organisation starts going up the gears.

So is productivity always the golden egg?

To answer that question as far as the Gulf states are concerned, perhaps it’s worth comparing some of the social and cultural mores in this region with those prevailing in the West.

In the West, productivity is king. If we find a better way of doing something, we enthusiastically do it, without much care about the amount of people we need to jettison on the way. Life is cruel. Profit is king. We pay corporate taxes and personal taxes in a variety of ways that have given birth to an army of tax accountants. Tax regimes vary from country to country. But the general idea is that through taxation the state provides us with a cushion to protect us from the consequences of unemployment and social welfare to protect us from the worst consequences of poverty.

In some countries, notably the US, the cushion is relatively limited. The Republicans would like it to be more minimal still because of the crippling debt the country has incurred to support social programs. In others, such as Sweden, taxation is much higher and so is the level of state support of its citizens – high enough to send any self-respecting US Tea Partier running for the hills, muttering darkly about socialism.

But look at any Western nation and you will see variants of the same philosophy – that taxation serves as a method of redistributing wealth to pay for national infrastructure and services, and to prevent its less fortunate citizens from having to sleep rough, starve or succumb from a treatable health problem.

When that system goes out of kilter, you will typically find civil unrest or worse. Marches, demonstrations, strikes and occasionally violence. Whether the semi-bankrupt southern European states such as Greece, Spain, Italy and Portugal will see even worse than sporadic violence – perhaps revolution – remains to be seen. But austerity measures that reduce welfare and pension entitlements typically produce economic pain that translates into social instability.

The argument between Titan, a US tyre maker, and the French government over the company’s decision not to acquire an ailing Goodyear plant is an interesting example of what happens when the drive for productivity comes up against entrenched resistance.

According to Bloomberg, Titan’s Chairman Maurice Taylor broke off negotiations with the French government with the now-famous remark that “I have visited the factory several times. The French workforce gets paid high wages but works only three hours. They get one hour for breaks and lunch, talk for three and work for three. I told the French union workers this to their faces. They told me that’s the French way!”

To Arnaud Montebourg, the Minister for industry, Taylor wrote: “Sir, your letter says you want Titan to start a discussion,” he wrote. “How stupid do you think we are? Titan is the one with the money and the talent to produce tires. What does the crazy union have? It has the French government. The French farmer wants cheap tires. He does not care if the tires come from India or China and these governments are subsidizing them. Your government doesn’t care either. ‘We’re French!”’

An interesting clash of civilisations, Western-style!

What about the Gulf states? In most, taxation is minimal or non-existent. In several, trade unions are outlawed. Private sector businesses are hugely reliant on cheap foreign labour. Because they can get this labour easily, they are reluctant to hire nationals. There are several reasons for this, but primarily the problem is the higher wage demands of the nationals. Saudis, Emiratis and the other Gulf nationals will not accept the minimal standards of living enjoyed by the foreign workers. Also they have families to support, whereas the foreigners support their families in their home countries where the cost of living is much lower.

Meanwhile, the private sector is under increasing pressure from governments to hire more nationals. This is an understandable response to concerns that high levels of youth unemployment  will lead to social unrest.

So in the Gulf states the cushion is paid for not by taxation but by (largely) oil and gas revenues. The black stuff pays for healthcare, education, loans to buy property. Many government organisations provide free housing for their staff.

In an environment dominated by fear of social unrest, productivity measures that result in job losses for nationals are not likely to be welcome, even if governments and businesses pay lip-service to the principles of efficiency.

Tales abound of inefficiency and low productivity in government departments throughout the Gulf. I will always remember visiting the office of a senior executive of a state-owned business. In the ante-room sat four nationals basically doing nothing during my lengthy wait to see their boss. It was a phenomenon I have seen frequently ever since. Drinking tea, reading the paper, chatting with their mates. Enough to give Maurice Taylor the heebie-jeebies. In a Western office they would be out on their ears in ten seconds.

But now consider the culture within they work, and the ethos of the society in which they live.

At the risk of coming over as a naïve orientalist, as I see it the dominant ethos in the Middle East is that of the family. Beyond the family, perhaps the tribe or the local community. At the apex of the society is the ruler. He is the head of the national family. On his accession his subjects swear an oath of loyalty that is binding unless his behaviour renders his rule illegitimate. As the father it is his responsibility to protect his people, and to do whatever he can to ensure their welfare. Under him there are numerous other fathers, each with their own tribe, region, community, ministry, company, extended family or nuclear family to look after.

So if you are the head of a large family, what is important? If you have unproductive members – the old, the young or perhaps the lazy or less talented, would you turn them out on to the street to fend for themselves? As long as they obey the rules of the family, of course not. You might try to make them more productive, but not at the expense of family cohesion.

In just about every Gulf state the government is the largest employer of nationals. In Saudi Arabia, as of 2009, 86% of the Saudi workforce worked in the public sector, according to the International Monetary Fund. If productivity measures were to reduce that workforce by ten percent, the effect would be a significant addition to the unemployment figures and potentially a source of considerable hardship and resentment.

The question is: if you are the head of the family, and you can afford to carry the less productive members within your nuclear or extended family, why would you not do so?

Even in the private sector, where family bonds are somewhat weaker – although this is often not the case within the Gulf’s large and powerful family businesses – it would still be understandable if owners felt a certain squeamishness about getting rid of people they could afford to keep on the payroll.

For this reason, whatever noises come from governments and business leaders about the need for increased efficiency and productivity, the headwinds of the family ethos will always work against the more extreme measures we are used to in the West, even if the private sector is beginning to embrace those measures, as witness the growth of outsourcing in the region.

What’s more, there is no doubt that traditional family values are weakening. Young people are questioning the wisdom of their elders as never before, their impertinence fuelled by the political upheavals elsewhere in the Arab world and enabled by the social media.

All the more reason for the elders to fear the cold blast of Western-inspired change.

Western observers are all too happy to criticise the Gulf states for what they perceive to be the dark side of their societies: the treatment of low-cost foreign workers, the role of women, the lack of democratic institutions.

But it’s easy to understand why a Saudi or an Emirati might feel that some double standards apply as we in the West ruthlessly downsize in the interest of productivity and profit. Where staff show up for work one day and leave an hour later with a final paycheck and their personal effects in a cardboard box. Where the unemployed lose their homes while bankers pocket huge bonuses without feeling any sense of responsibility to the less fortunate in their communities.

And why some people in this region might feel that productivity is not the only measure of a successful society.