How To Be A Real Middle East Entrepreneur 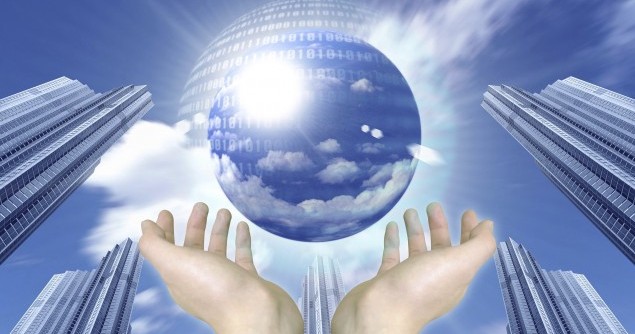 If there’s one thing I’ve learned about entrepreneurship, social entrepreneurship and/or the various initiatives that have popped up in Jordan over the past several years – and this is based purely on my observations, my interactions with the field, and my various coverage of it – it’s that many don’t seem to last too long. I find myself remembering odd names and wondering to myself whatever happened to them. I can’t even begin to count the number of startups or initiatives or whatever, that launch with a big bang, a glossy logo, and an endless barrage of social media buzz – talking endlessly about what they do, how great they are, and how they got a picture with someone important, or an award of some sort. “Oh, and here’s a picture of something nice I did that no one else is doing; shower me with your compliments and Facebook likes.” Unfortunately, they don’t last too long in the game. They’re unable to surpass that 5 year mark, and their logo returns to the dustbin of history.

In the past few years, entrepreneurship and social entrepreneurship are terms that have been thrown around like they’re the best thing since pita bread. But beyond the buzz words, I see organizations with little vision, and even less stamina. Behind all the PR and the marketing, behind the applause and pats on the back, there is something seriously amiss as to why those young ideas led by young minds run out of gas.

What interests me are ideas, the people behind them, and their ability to shape those ideas over a long enough timeline to build a solid community around them. How much money an investor has poured in to you after 12 months of operation is useless to me; how many people like your Facebook page is ridiculous. You are not the hashtag you created. The legacy your idea creates over time is dependent largely on the community around it. A community that is not only able to get on board with the idea but feel they are a part of its evolving story and are prepared to forge an emotional and/or intellectual relationship with it – take it, spin it, whirl it around, interact and engage with it, build on it, even create something new out of it. This is what matters, and all those things take time, patience, and experience. Having a good idea is great, but building a community around it is better. And in this domain, it always feels like most “entrepreneurs” and “social entrepreneurs” come up short.

We have a generation that rushes straight out of college (or even barely) to start the next Google and then spend a few years discovering that having a good idea isn’t enough. These are people who are eager to be employers but have never been employees. They haven’t gone through a practical learning process. Granted, there is a long list of global entrepreneurs or social entrepreneurs who manage to start things even while they’re in college, but it should also be noted that their ideas are usually innovative enough to rally a community. Even the Mark Zuckerburgs or the Steve Jobs of the world base their success not only on their innovation but the community that rallies around it.

For the sake of being constructive, the following are a few pointers for anyone starting out in the fields of entrepreneurship or social entrepreneurship here in Jordan, and I emphasize Jordan because these are the things that stand out for me in this specific environment. They are not based on 40 years of experience or some grand success story, but rather reflections by someone who is still writing their story and doesn’t mind sharing excerpts. People are free to agree, disagree, argue, debate, or rip it to shreds – and this list is also a work in progress. Most of these apply to both “entrepreneurs” and “social entrepreneurs”. So, in no particular order, and with the bare minimum use of jargon:

First: get a job. Seriously. Learn everything you can about it. Even if it’s a job you hate. You’ll eventually learn something. If you have a great boss you’ll learn about leadership, and if you have a terrible one, you’ll quickly learn what not to do. Learn from the victories and the failures, and in the meantime, you’ll be risking nothing. It’s a free and valuable life lesson.

Second: avoid the buzz. if you can help it, avoid being lured by the whole buzz surrounding entrepreneurs and social entrepreneurship – created and fueled largely by people who have a lot of money and are looking to make money off the backs of others. They will lure you, make promises, and more often than not, break them. They are mostly cut-and-run. They read the latest Malcolm Gladwell book, or some best-seller, and go around quoting it endlessly like it’s gospel. They are, at this point in your life, a distraction.

Third: have an idea. Be creative and innovative. Experiment with it. This is a process that cannot be compensated with a cool logo or a marketing gimmick. Those are merely the shiny objects that attract people, but once you do that, it’s your idea that keeps them there – that’s the only thing that let’s people say to themselves “hey, I want to be a part of this”. Allow the idea to be in constant beta mode. Allow it be shaped and reshaped over time, and not just by you, but by others. Friends, family, mentors, your community, your team.

Fourth: collaborate. No idea is an island. Keeping it in a vault means it’ll never grow beyond its container. Talk to others, work with others, collaborate and expand. If you’re worried about ownership you’ve already stumbled. If you’re worried about logo placement – you’re a lost cause. Even with social entrepreneurs and activists – the number of people doing similar things and not talking to each other is ridiculous, especially given how small the country is.

Fifth: stop thinking about the money. The number of young Jordanians who are concerned with creating something and selling it to the highest bidder so that they can retire a millionaire by the time they’re 30 is just plain ridiculous. Unfortunately, the degree to which this applies to people who call themselves “social entrepreneurs” is staggering. Make enough to sustain yourself, but invest and re-invest in the idea and the community around it. Making a quick dinar isn’t the way to go. If that’s the end goal, then you need to re-evaluate your life. Money should be used to grow your idea, not your bank account.

Sixth: build a team, and grow with it. Growing good ideas is something that requires the effort of many. Those ideas are more easily shaped when there’s input of others. Work as a group; not as a hierarchy. People are more likely to feel invested in the idea if they feel they’re part of a team that can sit comfortably with each other over a cup of coffee. Think horizontally; not vertically.

Seventh: start small; be lean. Crawl – don’t run. If you’re a startup with a big idea, whittle it down to its core and experiment with it. Try it out on people. Slowly grow the community around it and get their input. Most are eager to give you free advice. Some of it’s good, some of it isn’t – but it’s all there for you to choose from. Jordan is a great country to actually be comfortably small – its size helps facilitate experimentation be it with a business idea, or a socially-minded project. Do not – I repeat – DO NOT, use the term “scale up”. Those who tell you your ideas are not “scalable” are jackasses and it doesn’t matter how much money they’ve made. You’re not scaling, you’re building something – and that’s a process that requires doing so brick by brick.

Eighth: your community matters. Your idea will live and die by the community it manages to bring together. I cannot emphasize this enough. This community isn’t measured in hits a website receives, or the number of people who show up to your event at a five star hotel. It’s engagement, and the quality of that engagement. Whether you’re starting the next Amazon.com or saving trees in Ajloun, look to your community and how they’re engaging with you and your idea. Engage back. Don’t think of a community as something you “build” but rather something that you rally.

Lastly, and this is just for the heck of it – keep your ego in check. If you’re 24 years old and your business card says “CEO” or “Entrepreneur”- rip it up immediately. If you’re card says “activist” or “social entrepreneur” – consider throwing yourself off a bridge (metaphorically, of course). You are not the title on a small piece of cardboard. And stop holding these huge events and seeking out royal patronage for them. For the love of God – I am begging you – stop it.

One Response to How To Be A Real Middle East Entrepreneur