Faking News: It’s All Too Easy In The Digital Age 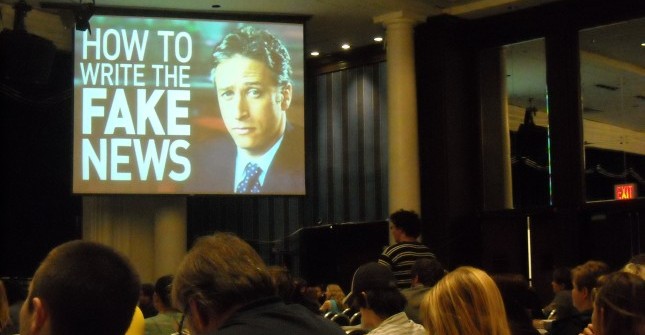 Writing in Asharq Alawsat, Ali Ibrahim laments the ease with which fake news can be generated and then catapulted into a global audience. This goes beyond mere mistakes or misunderstandings to deliberate disinformation program put out by sovereign states. Ibrahim cites examples such as the effort of the goverment-affiliated “Syrian Electronic Army” that hacked the Associated Press website to claim that the US White House had been bombed. While the story was quickly removed, global stock markets plunged before the corrections were made. Similar is the story being promoted by Iran, through its Press TV, claiming that Saudi’s King Abdullah is “brain dead”.

This is not a new effort, of course. During the Cold War, the Soviets would use tame or fully-owned Indian media to release scabrous-but-false stories which would be picked up by somewhat more reputable Communist-affiliated papers in Italy or Greece. This gave the stories enough plausibility that even more reputable papers ran the stories, now at third or fourth hand. Today, you don’t need a tame media: you can just create a new Twitter account or hack into some other medium that has high reliability.

The matter isn’t helped by the way in which conspiracy theories take hold. Because of general mistrust of governments around the world, it seems that if a government makes a statement, then the first assumption is that the story must be false, in whole or in part. And when governments do seek to game the media — and their citizens — then the cynicism ratchets even higher.

Even as it opened up new horizons in the field of information technology and allowed for a rapid exchange of information across the world, the era of the Internet and social media has created a lot of room for misunderstandings. The Internet has often been used to illicitly gain access to certain information and news, whether by individuals, organizations or even regimes. This is in order to broadcast rumors that spread like wildfire and cause damage before anybody can discover they are not true.

The most recent example of such fabrication occurred about a month ago, when Wall Street collided with social media after the Twitter account of one of the world’s most reputable news agency, the Associated Press, was hacked.

The tweet—for which the Assad-affiliated Syrian Electronic Army claimed responsibility—reported that two explosions had targeted the White House and that US president Barack Obama had been injured.

This tweet went viral in seconds, before the international news agency could correct the report, leading to a 149-point fall in the Dow Jones Industrial Average—which measures the financial performance of 30 major US companies—resulting in losses of tens of billions of dollars The Associated Press issued a statement clarifying that the agency’s Twitter account had been hacked while the White House denied the news through its official spokesman, who dismissed the tweet by saying that he had just met with the president a short while before.

One Response to Faking News: It’s All Too Easy In The Digital Age