Entrepreneurship is ‘a state of mind’ – gurus 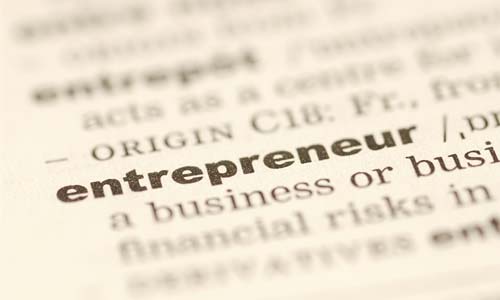 If there was one common narrative within the intermingling stories of success and failure narrated at the recent Celebration of Entrepreneurship 2010 event at the Madinat Jumeirah Dubai, it was that enterprise is a state of mind.

Entrepreneurs from Arif Naqvi of Abraaj Capital, Rabea Ataya of Bayt.com and Fadi Ghandour of Aramex, hammered home the compelling point that enterprise is a state of mind. It is often accomplished in spite of the system, not because of it. Ataya was particularly succinct. The government, he said, does not owe anyone anything; success is an individual matter.

This romantic ruggedness in some ways harks back to the original American model of individualism – a man making his mark on an unchartered frontier. But is that necessarily wise? American individualism may have accomplished much in promoting enterprise and corporate expansion, but it also often results in an inequitable, rapacious state of affairs where prosperity is concentrated in the hands of the few through the exploitation of the many. A friend called the recent entrepreneurial gathering a “talk shop” of Ayn Rand acolytes blindly following what he termed a “singularly failed and broken philosophy.”

A word to the contrary: entrepreneurship by itself is neither rapacious nor necessarily greedy. Depravity and fiscal myopia seems to occur further down an organization’s life, when it devolves from a small tightly knit concern with unified purpose, to a sprawling structure where ownership and control are divorced. Control is handed to managerial and directorial boards, which are then incentivized in ways that make short term profits a priority. Shareholders too are generally more concerned with dividends and share price than lasting community commitment. The entire setup glorifies short term profiteering, with corners sliced and vested interests served. Ayn Rand’s exaltation of rational self-interest turns the bend and finds itself at a fire sale of morality and perspective.

Lone entrepreneurs, on the other hand, cannot afford to ignore the community they operate in. Their employees are adrawn from the community and their products and services are sold to it. Small firms are usually successful because of their commitment to hyper-localism, where they find and satisfy niche market demands faster than their bulkier competitors. And surely there is some nobility in escaping the grind of the interminable nine to five, at a desk one doesn’t like, to engage in the act of creating from scratch? Entrepreneurs either create new products and services or find ways of improving existing ones. And along the way, they generate jobs, find ways to serve markets more effectively, and stir economic prosperity. Entrepreneurs are responsive and often helpful, not necessarily because they are charitable, altruistic individuals but because their success in part depends on obtaining community favour. Whatever the motivation, most of them stay outside the ivory tower of isolated selfishness.

Creating a viable business is not easy. Most entrepreneurs acknowledge failure as inevitable, and necessary for the lessons it imparts. The overall goal is to go from a starting point A to a final successful B. The state of the line joining the twain is inconsequential; peaks of success and plunges of failure hold little sway in the mathematics of enterprise.

The previous decade was the epoch of the large conglomerate and massive multinational. If the numbers of bright-eyed young entrepreneurs at the Celebration of Entrepreneurship 2010 are any indication, the next one will be the era of the small, socially malleable and connected firm.