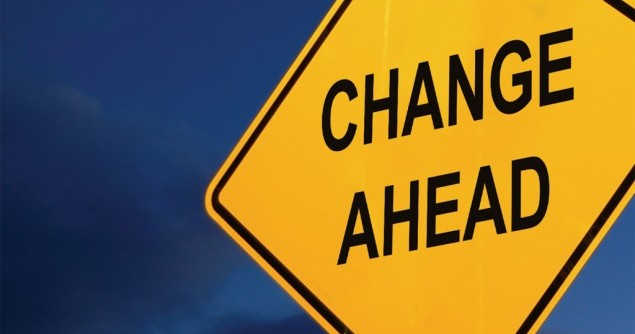 I happened upon an e-mailshot the other day from a company claiming that “we build cultures”.

What nonsense!  To my mind, you can no more “build” culture than you can create life itself. What’s more, an organisational culture is in the eye of the beholder. It’s no more visible than a Higgs Boson, and no more tangible than a regional weather forecast.

Extreme statements, maybe. I make them because I believe that organisations waste huge amounts of time and money in pursuit of culture change – both in the West and in the Middle East, where I live and work. And I think it’s time to question this endless preoccupation.

Here in the Middle East, I have yet to encounter any organisation whose culture you could encapsulate in a few words without your statement being grossly misleading and probably out of date.

For example, you could describe the culture of a fast-growing company as dynamic. Fine, so long as they continue to burn increasing amounts of debt or capital in order to fund the growth. But look at the same company in a different way, and you could describe them as having authoritarian leadership sitting on top of an organisation with no more stability than a gold-rush town in the Klondike. And should the money run out and they crash and burn, you might then describe their culture as venal and chaotic. Think of Enron.

When I look at large enterprises in the Middle East and their leaders, I can’t help lapsing into metaphor.

Sometimes I imagine a chimera – a hybrid beast made up of bits of many animals. The leader is a jockey riding a giant chimera whose many legs point in different directions. The jockey has no idea which part of the animal to whip in order to move it forward. Bits fall off the beast periodically, and it frequently changes direction because the jockey keeps changing his mind about what constitutes forward.

How would you describe the culture of such a beast? That depends on which bits are intact and which direction it happens to be taking at a particular point in time, I suppose.

Other times I see a giant termite slowly grazing on a large clump of rotten wood. Blissfully ignorant of anything other than the act of gorging. Feasting as the anteater approaches.

Another way of looking at cultures, to the extent that we can define them, is that they are rather like trees. Their growth is dependent on climate and the availability of water and nutrients. They can be made to grow in different directions if they have bits lopped off them periodically. Too many bits, or the wrong bits in the wrong season, and they are fatally weakened. All too often they take years to grow and minutes to destroy.

If I’m sounding rather like Chauncey Gardiner, the simple-minded gardener mistaken for a sage in the classic movie Being There, it’s because his inadvertent philosophy actually rings true.

If we continue down the organic path you could say that organisations and the societies in which they exist are ecosystems of competing organisms interested primarily in their own survival. The only way for the keeper of such an ecosystem to maintain its health is to ensure that the organisms are kept in balance. And for that to happen, the needs of each organism must be satisfied.

So perhaps a successful business or society is one that recognises the wide tapestry of interests, and satisfies those interests that are common to the largest numbers of organisms.

What are the organisms in an average enterprise? Well actually – as in the natural world – they are constantly mutating and adapting to the proximity of other organisms. Take a snapshot in time, and in the Middle East you might find these species:

If we are going to find a set of common interests between these diverse organisms, we should first look at what motivates them – in other words, what are their drivers?

Here’s a very broad view of the drivers for the interest groups in a typical Middle Eastern enterprise:

Of course it’s never that simple. You could say that the dominant drivers would be money, stability, belonging and security – whether financial or social. But if those drivers are satisfied, do we have a culture? I would suggest not.

Perhaps it would be better to look at interests the groups don’t have in common. If we were to ask a member of each group to say what they really think, in many organisations we might get these kind of answers:

If these mindsets are typical, they represent a whole spectrum of conflicting interests.

Now you might think that this is a very cynical portrayal of typical corporate mindsets. And yes, it’s is a broad brush, and probably unfair in some cases. There are many honourable exceptions. Leaders who care deeply about the people they lead. Owners with a deep sense of social responsibility. Employees with a deep sense of loyalty to companies as well as to individual leaders.

But equally I have encountered in the Middle East organisations riddled with self-interest, group interest, partiality, prejudice – both racial and social – and deep cynicism.

Typically they are the ones whose leaders hire consultants to “build culture”. They are also the ones who most loudly trumpet their “corporate values”, as if putting a poster on a wall saying that “our values are honesty, respect, innovation, quality and loving our customers” will make it so. The result is that by publicly espousing a set of values that are manifestly a fantasy, their leaders end up being seen as hypocrites. Especially when they don’t live up to the values themselves.

For all that, leaders can make a positive difference. The Middle East is a very leader-oriented society. People tend to be loyal to individual leaders rather than to the organisations they represent.

But this is partly why culture is such an ephemeral thing. Leaders come, they instil an expectation of behaviour and reward those who toe the line. Then they go, and are replaced by new leaders who have very different expectations. The tree that was planted by the outgoing leader is chopped down, and what takes its place is no more than a sapling for many years.

And it’s also why family businesses, that tend to give family members longer tenure than hired hands, are often more successful in enforcing enduring behaviours within their workforces. Moving away from the Middle East for a moment, it’s why those rare football clubs that maintain continuity of management – such as Manchester United under Sir Alex Ferguson and Liverpool under Bill Shankly and Bob Paisley – create what you might call distinctive cultures. But be sure that when Sir Alex retires and his place is taken by someone like Jose Mourino, the Manchester United “culture” will be no more. And likewise, the accession of a new generation of family owners very often leads to the cultural tree crashing down.

So what hope is there of building any set of common interests in organisations that change their leaders every year or three, when each successive leader tries to create an organisation in his or her own image? Every time it happens, the interest groups respond to the vacuum of expectations by pulling together and fighting like hell to preserve their place and privileges in the new organisation. The common interests that in periods of stability work to the benefit of the organisation go out of the window.

This is why – often after an initial “wait and see” period – new leaders tend to hire expensive consultants to try to change the culture. They do this with a series of HR instruments such as psychometrics, competency mapping, appraisals, revamping of incentive schemes, and they bring in new people who best represent their values, which have now become the “company values”. Those already in place are demotivated and often leave, and the people they led are confused and demotivated.

After a while, a new stability sets in, and gradually the sapling grows. But a few years later the cycle begins again. The result is wasted time, wasted talent and short-term thinking.

So is there an alternative to the periodic turmoil that debilitates the corporate tree on an all-too-regular basis?

Well to start with, companies would do well to recognise that what they call culture can’t be changed by a top-down gardener with the occasional dose of nutrients and insecticide, or even by a tree surgeon who lops off whole branches. Unless they are prepared to commit to a consistent way of operating for at least twenty years, they will not change their culture in anything other than superficial ways. And who can bank on twenty years of continuity in these volatile times?

So in my humble opinion they would do better to save themselves the cost of their periodic splurges on consultants, forget about artificially-created culture and values, and focus on common interests.

In the Middle East, you could argue that this is a counter-intuitive view, because here above all other regions people are led by the heart. Yet the heart has many other places to invest beyond an employer. And in a region where – especially in the Gulf States – there is such a strong tradition of entitlement rather than responsibility, the organisation takes second place to all those other concerns that twang the heart strings – such as family, status, security and faith.

I therefore fear that within many if not most organisations in the Middle East, corporate leadership will most likely continue to be a succession of unrepeatable miracles, each bringing in their wake a swathe of collateral damage. And that culture is an irrelevance to which they pay very expensive lip service.