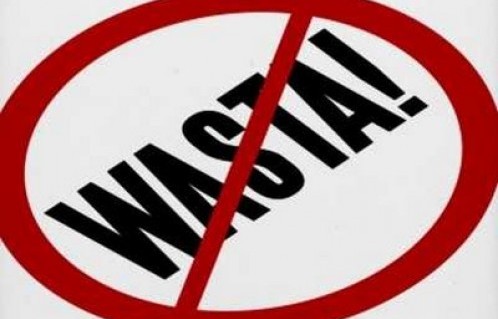 There has been some chat lately about the possibility of government and private sector employers in Saudi Arabia putting biometric recognition systems in place to prevent employee lateness and absenteeism. John Burgess of Crossroads Arabia comments on an Arab News article here.

Most of the objections centre on the argument that what is important is not attendance per se, but what sort of a job the employee does when they are at work. John rightly points out that in order to do a job people actually have to show up, and that timeliness is a fundamental work value.

The attendance issue is complicated by a number of other factors that have a bearing on the employment landscape both in Saudi Arabia and in other Gulf countries.

One of the major factors is underemployment. In order to mitigate high levels of unemployment among young nationals, the easiest palliative measure is to create government jobs that for which there is no requirement. This has two effects.

Firstly, bored employees have little to do and therefore every incentive to slope off at the first opportunity. Secondly, hiring staff you don’t need means you have to find something for them to do. An obvious solution is to get them involved in endless paper pushing. So any attempt to improve business processes by cutting out unnecessary bureaucracy comes up against the dead hand of job preservation.

This is an old problem. When I first arrived in Saudi Arabia in 1981 I was required to apply for an airside pass for the airport in Jeddah. In order to get the pass, I needed at least eight signatures on the application form. Although the Saudis have improved their processes since then – particularly in the Ministry of Foreign Affairs – there are many government departments that remain highly bureaucratic, according to friends who have to deal with them on a regular basis.

In the private sector, I recently visited the offices of a senior executive to be greeted by three or four staff in the great man’s anteroom. None of them appeared to have anything to do. I suspect they were there because the executive’s status demanded that he had a certain level of staff to attend to his personal needs. No needs, no work.

This is not a unique phenomenon. Private companies have government-mandated quotas for employment of nationals. Provided that they can afford it, many employ low-level staff simply to make up the numbers. This is hardly a recipe for an effective and motivated workforce. To compound the problem, underemployed staff tend to degrade the productivity of those who are fully employed by diverting their attention in one way or another.

Another barrier to motivation is employment and promotion through patronage. Although most of the large companies in Saudi Arabia have formal selection criteria, I have often heard tales of relatives of influential executives being employed – and subsequently promoted – with little apparent regard to their abilities. This is more likely to happen – and more understandable – within family businesses that wish to develop the next generation of owners, but I suspect that some of the Kingdom’s flagship companies are not immune to the power of patronage. Working alongside someone who you believe has less ability than you, and yet seems to be on the fast track, can lead you to question the point of your unrewarded efforts.

And finally, there is the traditional autocratic management style that many business owners and executives adopt with their subordinates. I know of one business owner who has his employees sign an attendance sheet when they arrive for work. If the employee is only ten minutes late their pay is docked. However, they are expected to work whatever hours the owner requires with no additional reward.

If you are a professional, you expect to work a “professional day”, which can be open-ended depending on what you need to achieve. Being docked for a minor infringement is hardly designed to inspire loyalty in someone whose talent is highly likely to be appreciated elsewhere. And if you are a less qualified employee, you would expect some form of recognition for working long hours. By his inflexibility, the owner is showing his contempt for all his staff.

All these issues notwithstanding, the picture is not black and white. I have met many inspiring managers in this region with happy and productive workforces. But as long as there are insensitive people practices and institutional barriers to productivity, there will be calls for high-tech sticking plaster solutions such as biometric recognition systems that end up addressing one problem and creating others. All the while, the real issues – such as motivation, engagement, career development and equal opportunities – remain unaddressed among many employers.

A Kingdom-wide employee engagement survey across both the private and public sectors would be an excellent way to quantify the issues and their impact on national productivity. It would enable the public sector at least to develop some best practice and programmes that address causes rather than symptoms.

In the end, though, you can have an incessant stream of systems, programmes and initiatives, but you are wasting your time unless you have leaders who believe in the changes and set a personal example in implementing them. And that’s a challenge shared by employers across the world.

2 Responses to Biometrics No Magic Wand’ For Saudi Employment