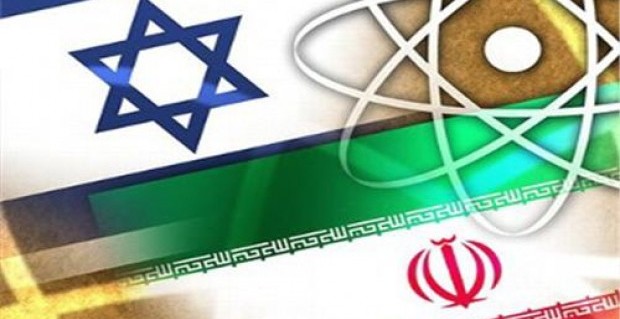 Below are two pieces from Israel describing the siege mentality inside Israeli society and how those feelings of isolation have fed the determination to attack Iran. Unlike the articles I have repeatedly slammed here that suggest the inevitability of an Israeli attack and that are reliant on unnamed Israeli officials (by Jeffrey Goldberg and Ronen Bergman), these pieces convey the irrationality of Israeli society, the paranoia and dissociation.

Especially the second excerpt below, Larry Derfner’s reporting at Salon, which describes the reluctance of the sane to speak out against this mad idea, because the society is so militarized. As Derfner shows, generals hold the greatest authority in Israeli society, but generals in the end obey chain of command.

“It’s like people are saying, ‘A typhoon is coming,’ ” Avi Funes, a 57-year-old accountant, said over lunch at the Azrieli Center, a towering glass-and-steel mall and office complex next to the military headquarters and the Defense Ministry — a potential target area for retaliatory missile strikes.

“People aren’t taking to the streets to protest against an attack,” Funes added. “There’s a kind of complacency. What can the ordinary citizen do? It’s not up to him.”

The wisdom of a strike on Iran has been debated here for months, with current and former security officials as well as political figures arguing about whether such a move would achieve its aims or, instead, provoke costly retaliation and possibly a broader conflict without stopping Iran’s nuclear effort. On Tuesday, Iran warned of preemptive action against its foes if it felt its national interests were threatened…

But among visitors to the designer shops and cafes at the Azrieli complex this week, there seemed to be only faint trepidation.

“It’s business as usual, although there are concerns,” said Zehava Shem-Tov, a 50-year-old secretary on a lunch break. “There is a sense that something unpleasant awaits us, but it’s kind of repressed.”

Amos Tzion, 53, who sets up farming projects abroad, said that “there’s concern, but also the need” to take action. “We live in an area that’s always been threatening, we’ve grown accustomed to that, and there’s an existential fear that Iran will have the bomb, and something has to be done about it,” he said.

Only one person has made a real effort to reverse the country’s course, and lately he’s given up, too. At the start of last year, upon finishing his legendary tenure as Mossad chief, Meir Dagan, then the country’s unchallenged supreme warrior, did the unprecedented. He began speaking out openly against an attack on Iran, calling it “the stupidest idea I’ve ever heard,” and warning that afterward, “the regional challenge that Israel would face would be impossible.” He was going public, he explained, because “there is no one to stop Bibi and Barak” from undertaking such a “dangerous adventure” now that he and the other military and intelligence chiefs, who had the clout to rein in the political leadership, were retiring.

Last week, after months of silence, Dagan resurfaced to announce he’s heading a new NGO to change Israel’s parliamentary system – an old chestnut of the good government movement that seems conspicuously irrelevant now. For nearly a year, Dagan raised a flag, and when he saw hardly anyone behind him, he lowered it. A few high-level ex-warriors, including two former army chiefs of staff, warned against the consequences of attacking Iran. But these were isolated remarks that got very little attention; in the public’s mind, the antiwar movement began and ended with one man.

I asked a retired army general who agrees with Dagan’s views why he and the many others like him didn’t get together and sign a letter in a major newspaper, or hold a press conference, or do something that might start a public debate over this fairly fateful matter; after all, Israelis listen to generals. He replied that he and his fellows didn’t have the information that those around the cabinet table had, they didn’t know if the government really intended to order an attack, and they didn’t want to take the chance that this was all “psychological warfare,” which they would be undercutting if they spoke out.

“You have to understand,” he said, “Israel is a small community, everybody knows everybody else’s opinion, so you have to be responsible. That’s the way I was educated.”

No opposition – that’s what Netanyahu and Barak want, and at home, that’s what they’re getting.

As for opposition from the Obama administration, it has been awfully muted. The Republican presidential candidates (with the exception of Ron Paul) have  been gung-ho, which has much to do with the administration’s wariness toward Israel in this election year.